The facilities of bank have contrived the gentlest ways, where according to their destitution they can afford anything they want. Many questions might be crossing millions of mind are mortgage, hypothecation and loan same? If they are different then how, what kind of service they are here to give and how they offer the most comfortable and facile situation to its customers and followers? Well, we all are so aware from the etiquettes which have been made to run this world.

So, different institutions too have made their own rules and regulations to run their institution in most apt way. Everyone whoever will become member of it they could look for the best service in the arms of banks for any mortgage, loan and hypothecation? If you are having any doubts about do they same or not then understand its root at first.

What is Mortgage and hypothecation?

Mortgage is a legal arrangement and the transfer of interest is done in some specific immovable asset or possession under the owner. It is to secure the payment of the funds which are raised through loan, on present or future debt or performance of obligation. Basically, this is done by the bank to keep their money safe and secured so that if in any case they could avoid any disturbance in receiving their own money.

Whereas, Hypothecation is term which is implied for defining a charge formed on any movable asset under the possession of owner and it is for raising funds from the bank. This is done without transferring the ownership and possession to the lender. In this process of hypothecation, the borrower lends money rather for securing the assets i.e. inventories.

How both are different from one another?

Here are some of points which definitely prove it to be different.

These are some major difference between both and now borrower must learn few of things before he or she makes up their mind. If you are looking for loan then go according to suggested. But if you are going for mortgage then go only for that because both are different. Sometimes borrowers get confused and then they pay for this a lot. At first anyone needs to understand their need and then they must accordingly.

Here, to give you more clarification go through it. You will get more clarity and this will help you even:

Mortgage is applicable to – Immovable asset

Defined under the section-   Transfer of the property act, 1882

Mortgage shows – Transfer of the interest in the Asset

Hypothecation is applicable to – Movable asset

Defined under the section- SARFAESI Act, 2002

Hypothecation shows –Security for payment of an amount

What if anyone fails to return the amount borrowed?

Hypothecation and Mortgage both have its own etiquettes and the concession is also given according to their terms. Both Mortgage and hypothecation is useful according to the need. But just in case if anyone takes up the loan and fails later then they will have to lose their  movable asset which they have kept under the agreement. There some certain tenure under which they have to pay borrowed amount. Banks have some strict rules and regulations under which they will not ask you if the timing of the agreement over. Then they only take your movable under their possession and it also adds up bad remark in their bank character. The advisable advice here will be if you are going to borrow any amount then makes sure you have source to crack the deal.

In the case of Hypothecation, the case is same they confiscate your immovable property (land, flat or anything you have kept in between deal). On the other hand, it also adds bad impression to your certificate of bank. So better be careful and mindful towards it.

Keep your ways neat and clear

Nevertheless, borrowers must avoid such situation take place ever. And this is also one of rare case that takes up place because ninety per cent of loans are paid well if taken. Only ten per cent case are the cases in which people has to face it. Although, bank checks your source of income or any asset the borrower has. So that even if such situation takes place it could confiscate it.

So even if you are going to borrow just make sure, later you could pay for them. Rest only mentioned above is the pivotal difference both mortgage and hypothecation has. But under any condition tenure must not be crossed and paid completely. Only in this case, borrower faces issues but if paid them under tenure then everything is fine then.

You may also like: Earn Money Online without Investment for Students

Best Currency Counting Machine, Benefits, how does it works and purpose 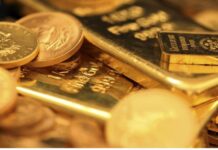 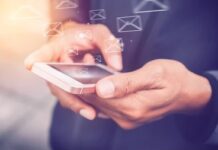 What are the sms sending job without Investment?