From ancient Hindu mythology, the art of rangoli has gained huge momentum and it is still followed today. Making rangoli wards off all the evil spirits from the spiritual places and houses and it is the reason people make rangoli at their house. In a similar way, Diwali is also a spiritual festival of Hindu when Diwali Rangoli is made and it is not merely considered as dust or time pass element but a holy ritual.What is Diwali Rangoli?

It is a traditional art of decoration of courtyard in some part of the country but some draw it to their walls. It holds the eternal act of creation. You can find Diwali rangoli on many occasions, means it is not just limited to Diwali only. As discussed above, it brings happiness, prosperity, and wealth in the house.

The rangoli is made using powder of limestone, rice flour, lime and other paste that emerge out in white color. In fact, other paste can also be used to make Diwali rangoli. It does not require any expert training to draw rangoli because this is been transformed from generation to generation.

In India, this Diwali rangoli is known by different names in different places. Moreover, each state has own sense of style of making Diwali rangoli with specific color and technique. The only thing in common is commoners make it.

In some occasions, people just made Diwali rangoli to decorate the house on daily basis and some include making rangoli as their routine. It is saying that Goddess Laxmi resides in the decorated house where a well-decorated rangoli is made at the doorstep. 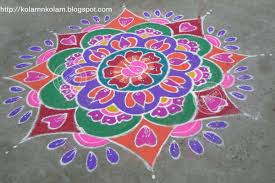 Usually, women of the house make Diwali rangoli. They use either finger or brush to make rangoli and create a various design from chalk powder, turmeric, rice flour, sandstone powder etc. however, creating a design and filling color in Diwali rangoli is not limited to only women but men also make beautiful rangolis.

It contains the essence of vibrant color like yellow, blue, orange, red, green etc with white boundary. But, flowers, grass, leaves, buds, lotus, etc also give the beautiful design to Diwali rangoli. The floral design is most organic that gives the garden atmosphere. Some people may draw Ganesh Ji in the rangoli and decorate it with diyas and sacred pot for attractive.

Circle, square, triangle, hexagon, lotus, footprint, fish, and other geometrical design inside these designs are filled with vegetable dyes and other variety of colors. These are simple to make yet complicated to fill color. In addition, oil lamps are placed to fill diwali rangoli with a different dimension. At the end of the day, this could be the special thing for the people in terms of covering the occasion. As we mentioned earlier, it is quite easy for the people to cover yet difficult to fill the color as per the choice. 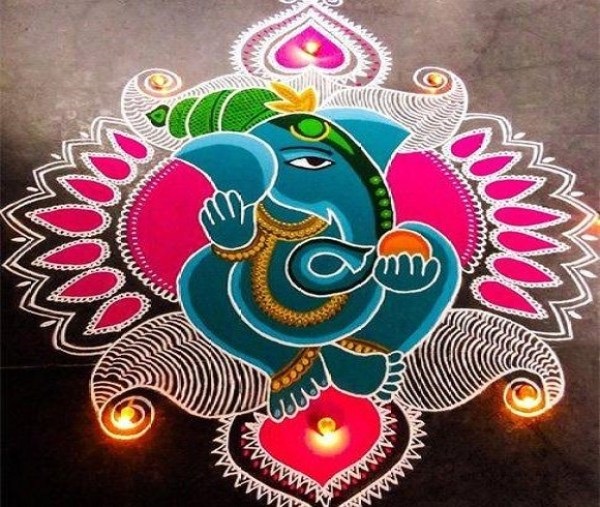 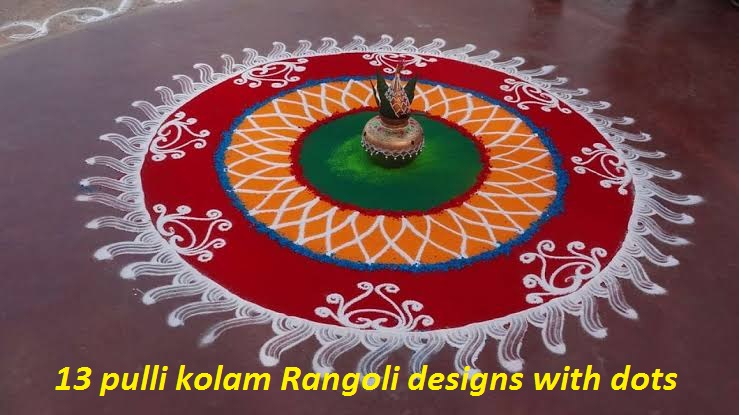 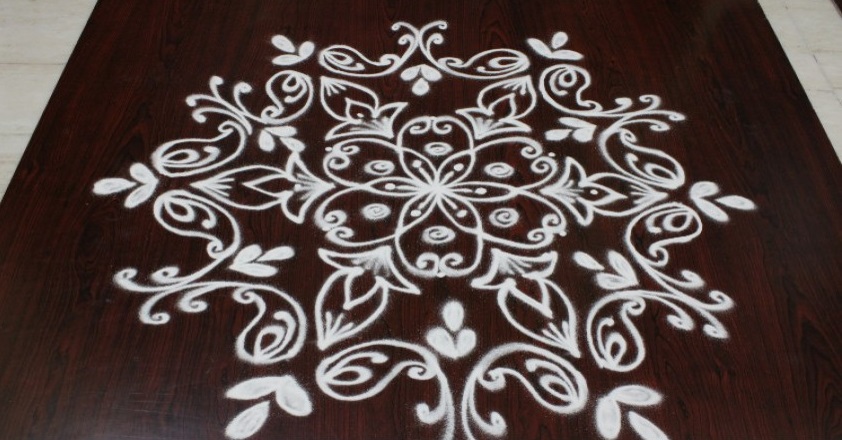 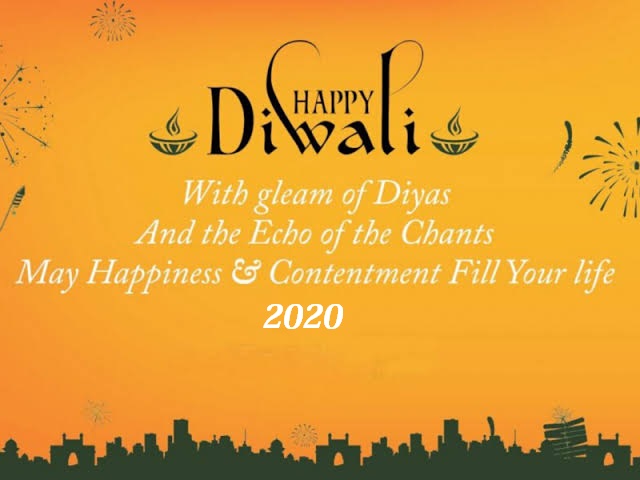