Manasa Radhakrishnan is an Indian actress who basically acts in Malayalam films. The charming actress hails from Ernakulam, Kerala. She started acting at a very young age as a child artist. Now, the once child actress has blossomed into a popular heroine. She is passionate about acting and has showcased her talents in many films. Continue reading this post to know more about Manasa Radhakrishnan biography. 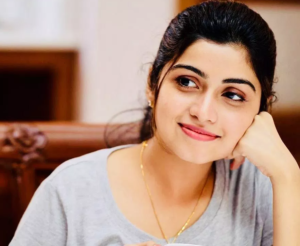 The gorgeous actress was brought up in Dubai. Even though her birth place was Ernakulam, India. Manasa Radhakrishnan is the daughter of V.K.Radhakrishnan and Sreekala. Her mom is a homemaker. She did her schooling in the Indian High School located in Dubai. But her family stayed their only till she completed her tenth standard. After she finished 10th standard, they once again shifted to Kerala. She continued studying her higher secondary education in a school called “The Choice School”. This school is situated in Thiruppunithura in Kochi.

The Indian actress celebrates her birthday on 29 September. She was born in 1998. She started her film career when she was just a child. Many opportunities came knocking at her door after she grew up. But her father and mother wanted her to continue her studies. She respected the wish of her parents and is now studying in college. The college she goes to is Muthoot Institute of Technology and Science. Manasa is doing her degree in Computer Science and Engineering. Let’s have a discussion about Manasa Radhakrishnan biography more.

Manasa- A Classical Dancer and a Guitar Player

Manasa is also a good dancer. She trained herself professionally in Indian classical dance. Mansa did not stop there. She also went to classes to become an expert in cinematic dance. Apart from dancing and acting, she is also a guitar player. The actress learnt how to play guitar by going to classes. All these show her passion for fine arts. If you see Manasa Radhakrishnan facebook has around two million followers in her Facebook page.

The young actress has stated that she likes ethnic wear more than western wear. She loves wearing the traditional saree and salwars. Manasa prefers “Mac” brand when it comes to makeup products. She claims that her makeup routine is simple but it enhances her confidence. The actress also said in an interview that she keeps some of the old dresses still with her. It is because the dresses remind her of some memories and incidents. This makes it hard for her to throw them away.

Manasa’s career as a Child Artist

Manasa has acted in three films all of which were made in Malayalam as a child artist. The first film with which she made her entry was “Kannuneerinum Madhuram”. During that film she was just 9 years old. The film was directed by Ragunath Paleri. The actress played a role of a child called “Parvathy”. It was a small role but gave her an entry into the industry in the year 2008. After that movie she started getting several opportunities to play child characters in films.

The next film in which Manasa acted was “Kadaksham”. This was in 2010, about two years after her first movie. The film was directed by “Sashi Paravoor” and the character Manasa was cast for was named “Malu”. The movie which was produced by A B Anoop had an ensemble cast of suresh Gopi, Shwetha Menon and Shwetha Vijay. In this film too, the actress played as a child artist.

In 2014, Manasa was offered the role of “Sandra” in the movie “Villali Veeran”. The director was Sudheesh Shanker and the producer was R.B.Choudhary. In this movie Manasa collaborated with Dileep and Namitha Pramod. The movie came under the genre of comedy.

Manasa Radhakrishnan acted in a short film in the year 2015 directed by Arun. The short film was named as “The Other Side”. She played the role of a sister in this short film. The detrimental effect of addiction was the theme of the short film. It also talked about female molestation. In the same year she acted in “Paulettante veedu” which was directed by Dileep Narayanan.

The very next year, she acted in a Tamil film called “Balasali”. It was directed by Sivakarthik and music was composed Sudharsan. The movie did not gain attention from people. In this movie, Manasa acted along with Sandy.

Manasa in an Anthology Film

In the year 2016, Mansa acted in an anthology film which was directed by Babu Thiruvalla. She acted as Sally in the segment called “Mounam”. Sooraj S Kurup composed the music while cinematography was done by Madhu Ambat. Her performance was good in this film and was appreciated for her acting.

The year 2017 saw Manasa Radhakrishnan playing a role in “Tiyaan”. The film was directed by Jiyen Krishnakumar with the actress playing a character called “Jaseela”, Prithviraj’s sister. In this film, Manasa acted along with Prithviraj Sukumaran, Ananya and Indrajith Sukumaran. The movie had socio political theme. Gopi Sundar composed music and Satheesh Kurup worked as cinematographer.

Manasa was offered the role of a young, bubbly Muslim girl in the film “Kaattu”. She was introduced to director Arun in the sets of Tiyaan by Murali. At first, Manasa hesitated since the character was in contrast with her real life character. But the director boosted her confidence and convinced her to play the role. Her name in the film is “Ummukulsu”. This film saw the actress as a heroine. Needless to say, the role of Ummukulsu is Manasa’s favorite role among all her characters. 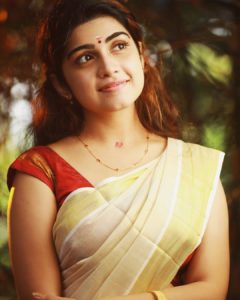 If you are getting into Manasa Radhakrishnan biography in-depth, then in the year 2018, Manasa was cast in the film “Vikadakumaaran” as “Sindhu”. It was direction by Boban Samuel. The producer of the film was Arun Ghosh and had Vishnu Unnikrishnan in the lead male role. Manasa acted opposite to him in the film. This film centered on a comedy theme. “Sakalakalashala” film was released in 2019. Directed by Vinod Guruvayoor, it had Manasa in the role of Mumtaz. She has also acted in “Uriyadi” which was directed by John Vargeese. The script was written by Dinesh Damodhar. 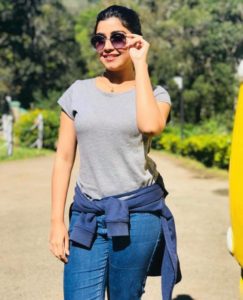 Manasa as a young orphan in “Children’s Park”

Manasa was offered the role of a young orphan in the movie “Children’s Park”. The directors Raffi and Shaffi approached the actress with the role which she accepted gladly. She was told to act like a mature 40 year old in the film. Manasa claims that it was a bit difficult the first time but she get use to it. The film arrived to cinema in 2019. She has acted along with Unni Krishnan again for this film.

The exquisite actress is rumors to make the debut in Kannada film industry. She had talks with the crew of “Appa Amma Preethi”. This film will mark the directorial entry of Sridhar. With Vinay Rajkumar in the lead role, the release date is yet to be announced.

Manasa will also have a role in the Tamil directorial debut of the director Jiyen Krishnakumar. The film which is named temporarily as “Production no 14” will have Sasikumar playing the protagonist. It is going to be a thriller film with Sasikumar acting as a police officer who gets suspended.

We wish the young actress good luck in her career! 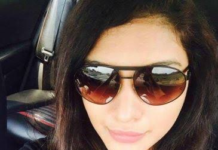 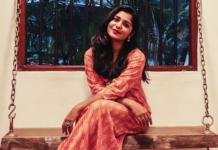